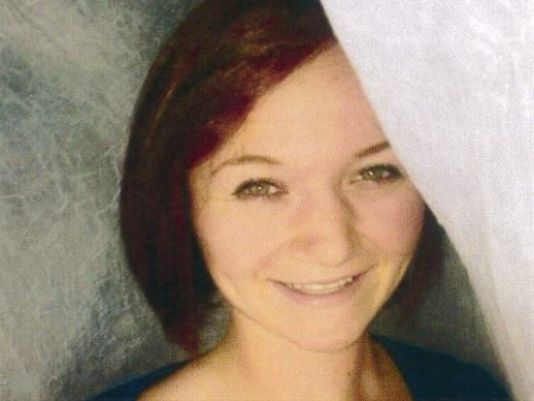 BOONE, N.C. — The parents of missing Appalachian State University student issue a new plea, one week after their daughter disappeared.

“Somebody, somewhere knows something. No one should ever suffer in silence, together, we can stop this nightmare.”

Anna Smith’s parents released that statement at a news conference in Boone on Tuesday. The High Point 18-year-old was last seen leaving her dorm on ASU’s campus on September 2nd.

Police initially thought Anna left voluntarily but now authorities believe she could be in danger.

“Clearly at this point in time, she’s missing and we feel like she’s in danger because of the time-frame and lots of other circumstances,” explained Chief Gunther Doerr, Chief of University Police, Appalachian State University.

Anna Smith hasn’t been seen in a week but her face is all over ASU’s campus. Flyers with her picture are posted on street signs, message boards, doors – reminders to students the search for the missing freshman isn’t over.

Brittian Francisco said, “It’s hard to believe because [Boone] is one of the safest communities in North Carolina.”

“I know my friends and I talk about it, my family has talked to me about it and warned me, be cautious, be safe,” explained Danielle Reagan, ASU student.

Police are urging students to be cautious. It’s advice many have already taken.

“It’s definitely been really scary, we are trying to take more precautions like not walking alone at night, and just staying in groups,” explained Reagan.

University police are also investigating another crime. A student reported she was sexually assaulted on campus last Friday. At this time, police do not think that incident has anything to do with Smith’s disappearance but it’s another reason many students are edge.

“Crime alerts don’t really happen. Like last year there were probably 5 total that I could count, and now there has been four in the last two weeks so it’s been, it’s been scary,” said Bradley.

Find Anna Smith’ Facebook page dedicated to helping obtain tips about her disappearance and where family and friends can post messages.

Posted by
Mark Young
Mark Young has not yet written their Bio.
Meanwhile we can say that he already contributed with 29 articles.
Mark Young has posted 29 articles
Previous articleJRC Bloodhound Donation
Next article Jimmy’s Story